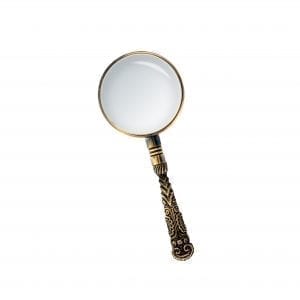 View cart “Rocco Magnifying Glass Bronze” has been added to your cart.

The piece is a reproduction of an instrument dated 1570 and signed by Humphrey Cole. This instrument is in the British Museum, London. The original piece has two faces, one of which is this nocturnal.

This nocturnal watch is an artifact used to obtain the time at night using the fixed stars in the sky. This instrument appeared at the beginning of the 16th century and began to disappear in the 18th century. This piece was made to calculate the time with the Pole Star and Kochab.