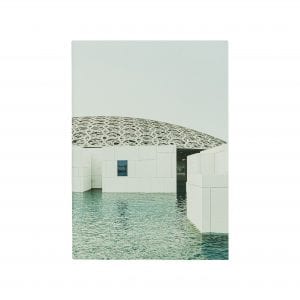 View cart “A5 Notebook ‘Louvre Abu Dhabi’” has been added to your cart.

From One Louvre to Another. Opening a Museum for Everyone. Trilingual

This book was published to accompany the first temporary exhibition “From One Louvre to Another: Opening a Museum for Everyone” held at Louvre Abu Dhabi, inaugurated in December 2017. Highlighting major artworks from the exhibition, this album traces the birth of the Musée du Louvre in Paris in the 18th century from its origins as a royal collection, shedding light on the way the French public collection was formed and the evolution of artistic practices.

Texts in Arabic, English and French