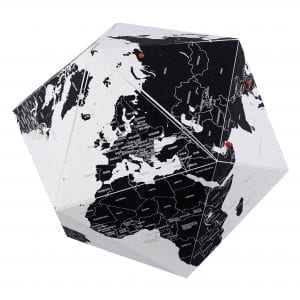 Jihan C Bookmark to preserve the history and the heritage of the Mediterranean and Middle Eastern doors and windows.

The story behind the Khachkar:

Khachkars literally meaning “cross-stone” are a uniquely Armenian form of art, which evolved into incredibly ornate form which reached its peak in the 12-13th centuries. They are recognized by UNESCO as part of Armenia’s intangible cultural heritage. Most intricate known Khachkars were designed by the great architect Momik.

Khachkars are most commonly used as tombstones, but were sometimes used as memorials. Highly detailed and elaborate Khachkars are called “lacework” Khachkars.